The oil industry is rife with traders and market analysts scouring the globe for innovative new ways to gather valuable information. In a highly competitive environment speed is king, with the first trader, manager or company to jump onto a new, potentially prosperous source of information likely to reap its rewards. The difficulty is twofold, the first hurdle to overcome is the sourcing of accurate information itself, the second comes with maintaining this source, with which comes competitive advantage, without rivals ascertaining the information too. Actionable insights derived from satellite imagery could solve this problem by providing reliable, near real-time insights into the state of oil refineries across the globe. 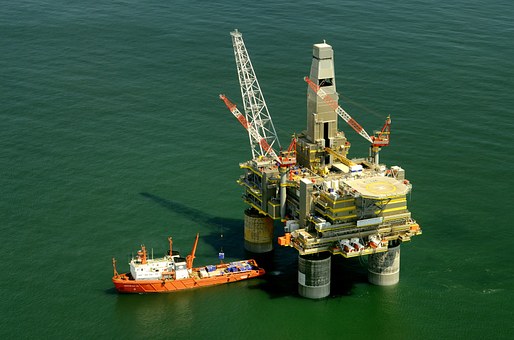 The rapid development of aerospace companies has not only improved the quality of satellite imagery but the availability also. Availability can be broken down into two sections; number of satellites and the subsequent decrease in revisit times. The number of earth observation satellites currently in orbit is truly mind boggling with the total at the end of August 2017 sitting at 620 – representing a 66% rise from the same period in 2016. During this same period Planet reached their target of imaging the Earth’s entire landmass every day, a fantastic achievement. This ability to capture imagery reliably and regularly has given rise to the possibility of conducting accurate analysis of satellite imagery to measure the levels of oil storage tanks. The increase in quality of imagery is also critical to the accuracy of measurements produced, without optical sensors this simply wouldn’t be possible.

Understanding that the measurement of oil storage tanks via satellite is simply one of many possible insights available from the skies is vital. For example, satellite imagery can be used to monitor the construction of new refineries to provide comparisons to the build schedule, from which deductions about the progress of projects can be made. This also applies to the storage tanks themselves, where regular expansion of sites can provide an indication as to the plans of refinery owners. Due to the use of very high resolution (VHR) satellite imagery it is also possible to track the movements of construction vehicles i.e. if a vehicle isn’t moving during a time when it would be expected to be active suggests that the project is not performing to its time schedule. Such insights could prove invaluable when official channels are not willing or able to provide this type of information.

The rapid turnaround time from image capture through to analysis and delivery offers the chance for oil companies to gain a near real-time insight into key locations. The active tasking of satellites ensures control over the area of capture, which makes it possible to capture these key locations instead of a reliance on second hand sources. There is every chance that the relationship between the aerospace and oil industries is set to flourish, with the many possibilities mutually beneficial for all parties.

If you’re intrigued to find out more about our offerings, you can find more information on our dedicated TankWatch page or email tankwatch@geospatial-insight.com

About the Author: Akhil Shah

Akhil leads the business development activities for the energy trading sector at Geospatial Insight. He has over 10 years' experience in the energy sector and brings expertise in trading, refining, operations, fundamental market analytics, risk management and corporate strategy to his role. Before joining Geospatial Insight, Akhil spent 6 years at a supermajor trading refined products. Prior to that, He spent five years working for two global consultancies advising on commodity trading markets for a variety of different clients ranging from Oil & Gas to FMCG. Akhil holds a Bachelor’s degree in Economic Sciences with honours from Manchester University.

View all posts by Akhil Shah
Back to blog Picture the scene: A tropical storm has wended its way along the Gulf Coast of the United States, one of the more refinery-rich stretches of land in the developed world. Or imagine rumours are...